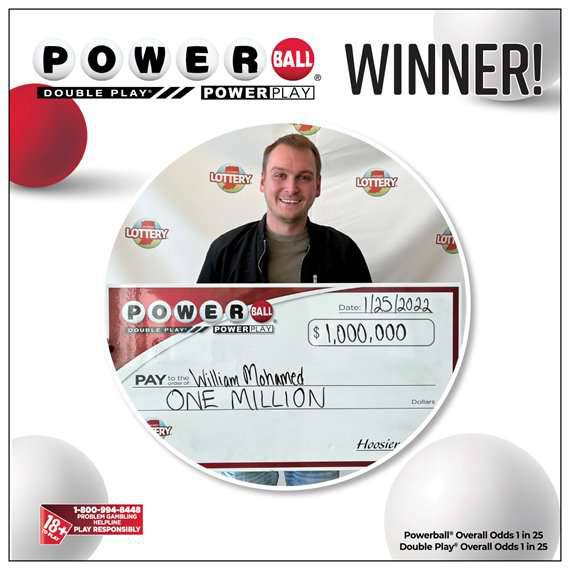 Back on January 5, a night when the $632.6 million Powerball® estimated jackpot was won on two tickets sold in California and Wisconsin, a $1 million winning ticket was also sold in Indiana.

That prize was won by William Mohamed, a catering manager at Valparaiso University, whose ticket matched all five numbers—only missing the Powerball.

William enjoys playing Hoosier Lottery games, preferring Powerball and higher priced Scratch-offs. Family Express #14 on East 109th Ave. in Crown Point is his “go-to spot,” and that is where he bought the tickets for the drawing. Earlier that day his mom had been talking to him about the Powerball estimated jackpot, which had risen to its seventh highest level on record. Given their conversation, he purchased a few more tickets than normal.

The day after the drawing, William was on his way to work and recalled he still needed to check his tickets. Upon checking the Hoosier Lottery App, he quickly realized he was a winner.

“Of course, the first person I told was my mom, who was in complete shock! Probably more shocked than I was!” said William.

The first thing William plans on doing with his winnings is pay off his parents’ mortgage so they can move to Florida. He then plans to invest.