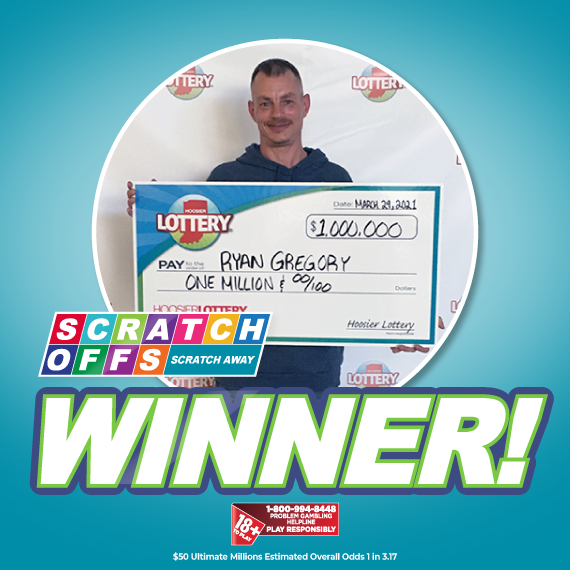 A couple weeks ago, Ryan Gregory drove to Kris Petroleum on S. Madison St. in Muncie to cash in a $100 win on another Scratch-off. “I typically stay in the $10-20 price range for Scratch-offs, but I decided to use some of the winnings to splurge a little,” Ryan said.

Ryan purchased a few Scratch-offs, one of which was an Ultimate Millions. After he bought the Scratch-offs, he waited until his lunch break to play. After he finished playing, Ryan was in shock. “My hands couldn’t stop shaking,” he said. “There’s no way I just won $1 million!” Ryan thought to himself. “I went into my boss’ office and asked him to check the Scratch-off to make sure I wasn’t crazy.” His boss couldn’t believe it – he thought it was a trick ticket. “Did you just win $1,000,000?” his boss asked.

The next day, Ryan used the Hoosier Lottery® app to scan and verify the Scratch-off and the reality started to set in that he had really won!