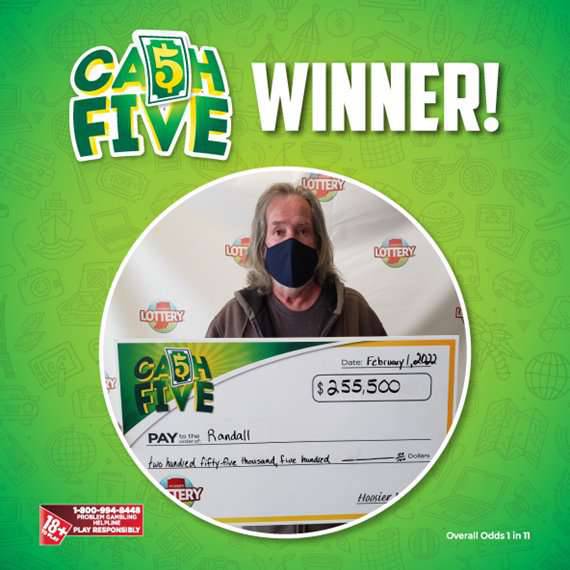 Randall retired in 2005 after working 34 years as a factory worker, most recently in an automotive plant. He has been loyally playing Hoosier Lottery games since they first began in 1989, enjoying both Draw games and Scratch-offs.

Randall and his wife also enjoy spending time together to review the Draw game winning numbers.

On Monday morning, that routine gained an extra jolt of excitement. They each took their living room recliner seat flanking their coffee table. Randall’s wife pulled up the Hoosier Lottery App on her phone, and Randall grabbed his pad of paper and pen from the coffee table to jot down the numbers as she read them aloud. Every time she read a number Randall’s excitement grew.

His wife sarcastically replied, “Sure you do.”

“Oh yes I do!” Randall quickly stated as he dropped the notepad in front of her. “Read that number!”

Reflecting on that moment and the days following, Randall said, “The moment I showed her the ticket my wife went numb. I don’t know what to say. It is certainly taking a while for this to sink in.”

The couple plans to keep the jackpot win private and know exactly how they will use the funds. “I have not told anyone else, and I am not going to. Though I am sure some people will figure it out. We have no debt. The farm is paid for. This money is going in the bank.”