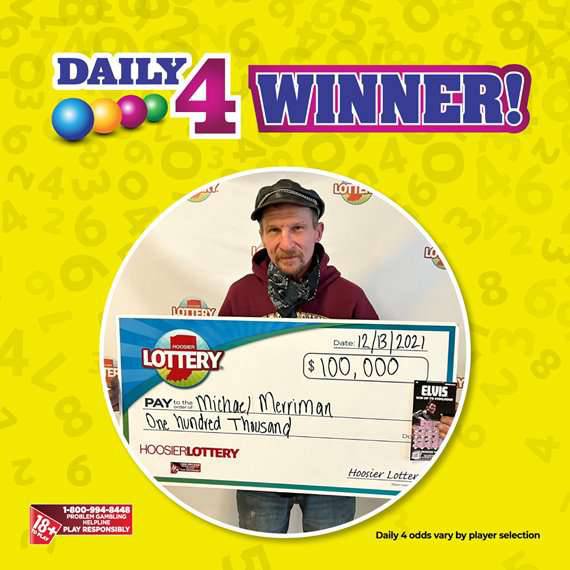 Indianapolis resident Michael Merriman experienced King-Size Fun by winning a $100,000 top prize on the Hoosier Lottery $5 ELVIS™ Scratch-off. According to Michael, the win came at a “perfect time.”

He generally plays Scratch-offs, with his current favorites being the $5 ELVIS Scratch-off and $5 Hit The Jackpot tickets. The $5 ELVIS Scratch-off features three iconic Elvis moments and includes 20 chances to win on each ticket. He began playing the ELVIS™ ticket every day since it released. On the day he won, Michael recalls purchasing two tickets, going to his truck, and scratching them off to see if he won. The first ticket did not win. The second ticket revealed the $100,000 prize.

“When I realized I won, the first person I called was my mother. She was thrilled for me,” says Michael. “It started by just sharing the news with her, but now everybody knows.”

Michael has no immediate plans with his winnings. “It’s so surreal and still doesn’t seem real.”