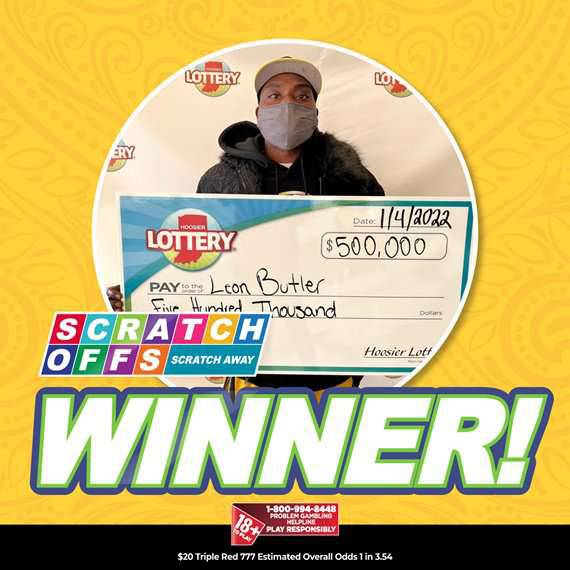 Leon Butler is originally from Chicago and currently resides in Georgia. He was traveling home to Chicago to visit family when he stopped at a Love’s Travel Stop in Memphis, Ind., for gas. He walked into the store and saw the Hoosier Lottery machine to his left. He saw the $20 Triple Red 777 Scratch-off and decided to go to the counter to purchase a ticket.

He scratched the ticket as he walked out to his car and stopped in his tracks. At first, he thought he had won $150,000. Then at a closer glance, he realized it was a $500,000 winning ticket!

On his way back to Georgia, Leon stopped at Hoosier Lottery Headquarters in Indianapolis to claim his win.

Leon kept his win quiet. The only people he initially told were those traveling with him in the car the day he won.

It has been a dream to start his own business, so Leon hopes to use the money as his start up funds.