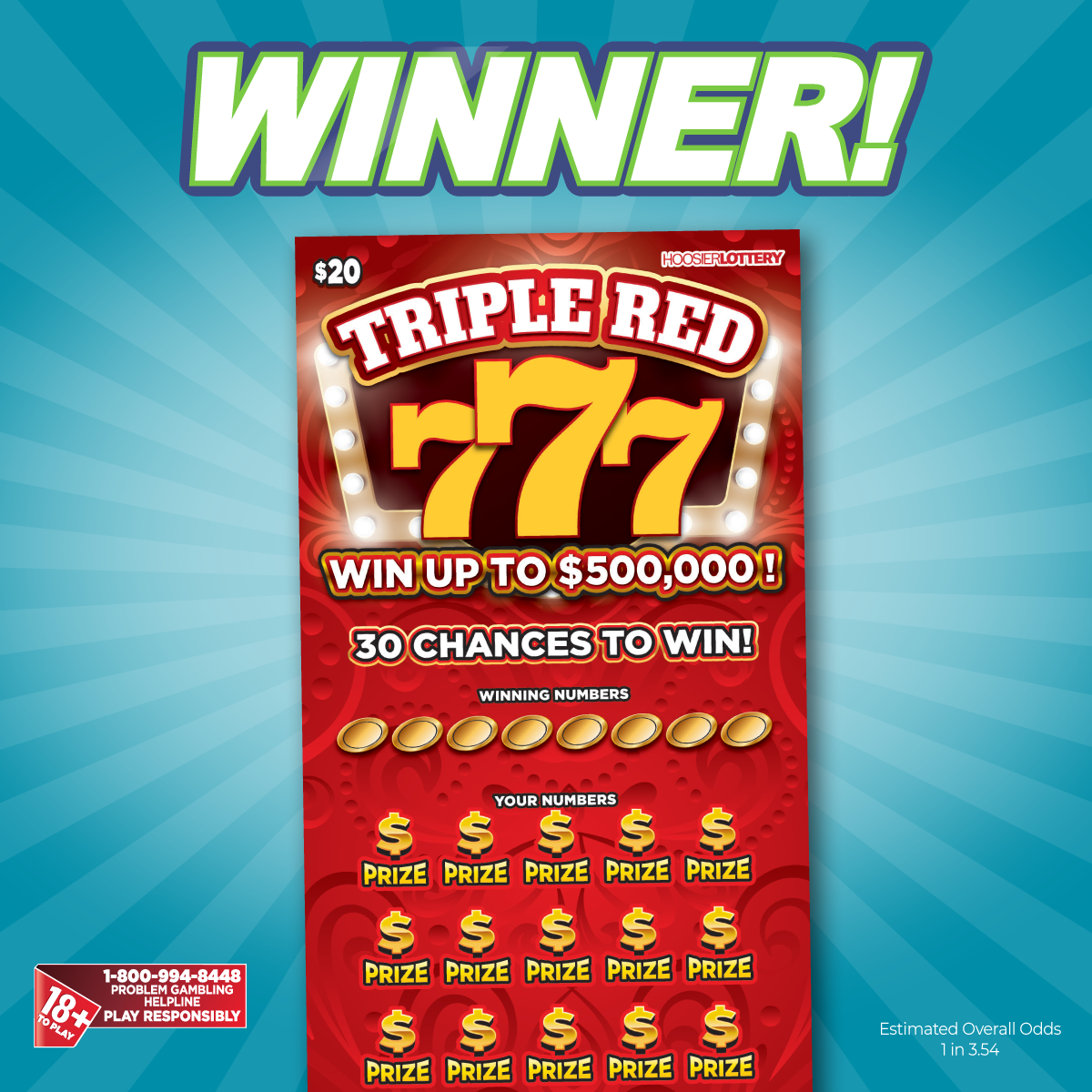 April Perry from Columbus, Ind., is an avid Hoosier Lottery Scratch-off player and enjoys playing the monthly new games. She has been playing the $20 Triple Red 777 ticket for a while and felt it was "doing very well" for her. Now, with a $10,000 win on that game, she definitely feels that way.

She previously won $5,000 on a Scratch-off some years ago and won $200 on the Triple Red 777 Scratch-off a couple weeks prior to claiming this prize.

The day she bought the $10,000 winning Triple Red 777 Scratch-off she was in the car with her husband and son on their way home from working third shift. Their child was thirsty, so they stopped at a convenience store to get a drink and decided to purchase the Scratch-off. It turned out to be a worthwhile decision.

Between the two of them, April and her husband share eight children. As for the winnings, the family currently shares one vehicle, so they hope to purchase a new truck.

April described her winning experience as "amazing" and exclaimed, "I never thought I would come close to winning!"