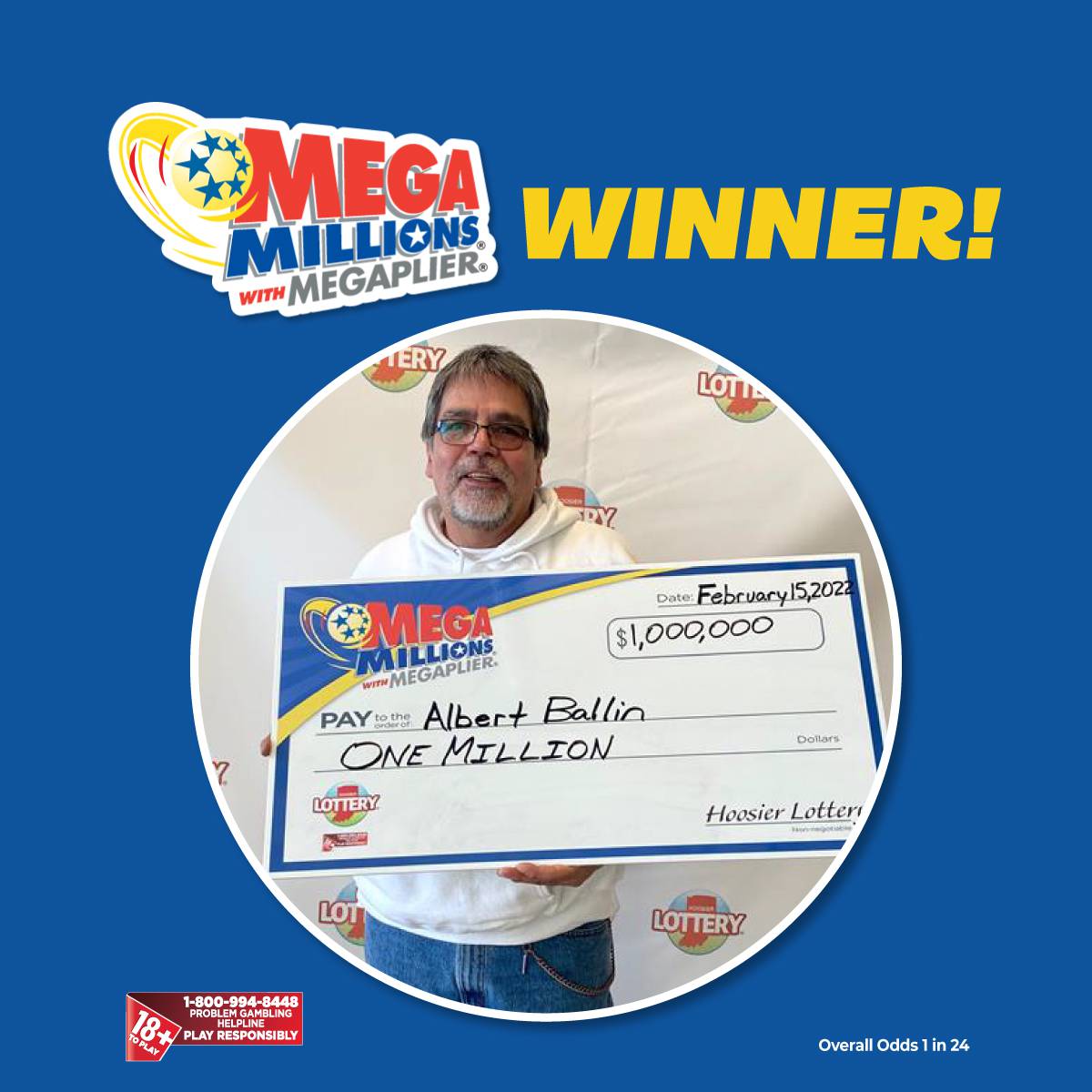 Albert Ballin from Mishawaka is a loyal Hoosier Lottery player who enjoys the entertainment he receives from playing Draw games. “I like the excitement and opportunity to win,” said Albert.

Before work Albert stopped at a retailer to have his Mega Millions® tickets scanned. The associate said, “You have a big win here.” Albert immediately went home to check the ticket himself to make sure it was true. At that point he clearly saw he won $1 million by matching five-out-of-five numbers—only missing the Mega Ball. I said, “‘Oh my! I won!’ Then I signed the ticket right away and put it in a safe place.”

In the height of the moment, Albert realized time had passed quickly. He ran out the door and checked in at the Elkhart factory where he has worked for 18 years. Admittedly, he had a difficult time focusing given the news he just received.

Upon telling his wife of 22 years, she could not believe it. She exclaimed, “What!” as they celebrated together.

Albert plans to pay bills, build a house and invest. He also looks forward to helping others.