Staci: Playing Back the Memories

Staci plays the lottery to re-live moments she’s spent with her father.

A local in Fishers and lifelong Indiana resident, Staci draws a strong sense of community and “Hoosier hospitality” from the people around her. “Your friends and neighbors become your family,” she says. But the most special connection of all was with her late father Gary.

A former steelworker from Valparaiso, Gary was a die-hard optimist who always made time for little moments of excitement. Quite a few were spent playing the Hoosier Lottery.

Staci and her father had a tradition. Every Wednesday and Saturday, they would head to Merriville to stop in at a local restaurant for lunch, then a specific gas station for lottery tickets. This served as a special bonding time for them. While Staci is more of a Scratch-off kind of gal, Gary was a devoted Draw game player. “Never choose the same numbers,” he used to say, “or you’ll be stuck playing them your whole life.”

After his passing, Staci actively tries to keep his memory and his optimism alive by continuing to play the lottery.

“Every time I play, my mind flashes to those good memories and that fun.”

If a big win came her way, Staci would make sure her family was well taken care of, then put the rest towards her efforts of making positive change. If she can further her work of building a better world, she can create a legacy her father would be proud of, honoring his hope and positivity.
Previous 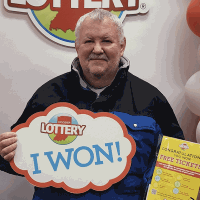 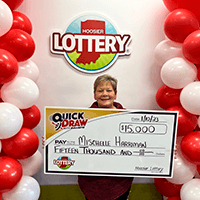